Music To My Ears - Ricky Skaggs

Music To My Ears - Ricky Skaggs 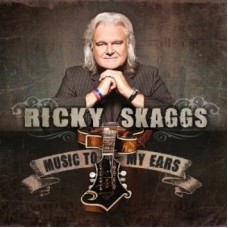 2012 marks the 53rd year since Ricky struck his first chords on a mandolin, and the release ofMusic To My Ears.Clearly his passion for it puts him in the position to bring his lively, distinctively American form of music out of isolation and into the ears and hearts of audiences across the country and around the world. Ricky Skaggs is always forging ahead with cross-cultural, genre-bending musical ideas and inspirations.

Music To My Ears will be added to Ricky's collection of Bluegrass favorites. Once again he is producing the project with the help of Gordon Kennedy.