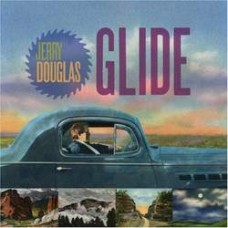 GRAMMY Award-winning Dobro master Jerry Douglas' 2008 solo album, Glide. Douglas celebrates the launch of his latest recording as he headlines the Country Music Hall of Fame and Museum's 2008 Artist-In-Residence series in Nashville, TN. Internationally recognized as the world's most renowned Dobro player, Jerry Douglas undoubtedly ranks amongst the top contemporary maestros in American music. Douglas has garnered twelve GRAMMY Awards and numerous International Bluegrass Music Association awards, and holds the distinction of being named 'Musician of the Year' by The Country Music Association (2002, 2005, 2007), The Academy of Country Music (11 times), and The Americana Music Association (2002, 2003). In 2004, the National Endowment for The Arts honored Douglas with a National Heritage Fellowship, acknowledging his artistic excellence and contribution to the nation's traditional arts, their highest such accolade.