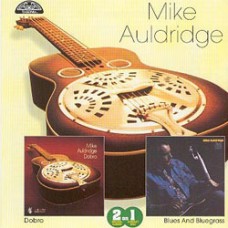 Dobro was Mike Auldridge's ground-breaking acoustic album released in 1972 with the assistance of of other newgrass and folk chums such as Seldom Scene and David Bromberg. The album brought the Dobro as a instrument to the newgrass movement, as did the follow-up album Bluegrass And Blues which included wider influences than had previously been thought of for this type of music.