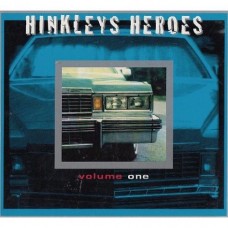 Hinkley's Heroes was a band formed by Tim Hinkley, and comprised of established U.K musicians, who were occasionally joined on stage by others such as, Phil Collins, Joe Cocker, Kiki Dee and Eric Burdon. The line up of this band included Hinkley, Bobby Tench, guitarist Steve Simpson, Mel Collins, Neil Hubbard, John Halsey and bass player Kuma Harada.

On 17 March 2015, a variation of the line up appeared as 'Henry's Heroes' at a benefit concert for Henry McCullough, which was held at The Half Moon, Putney music venue. They were also the backing band for Paul Carrack, Nick Lowe, Andy Fairweather Low, Suggs and Bobby Tench.