This Mess We're In - Arlo McKinley

This Mess We're In - Arlo McKinley 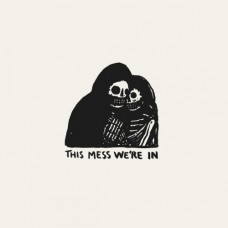 In 2019, Arlo McKinley played a show at the High Watt in Nashville. While he had years of such gigs on the DIY singer-songwriter circuit behind him, this night was different. In the audience was one of his musical heroes, John Prine.

When they met briefly beforehand, Prine, who never gave praise lightly, told Arlo he was a fan. McKinley recalls, "Just that moment, if that's where it ended, it would've been one of the coolest things that ever happened to me, something I remembered forever." But it didn't end there. Shortly after, he was signed to Oh Boy Records, Prine's indie label.

This Mess We're In is McKinley's 2022 album release.

Tags: This Mess Were In Arlo McKinley