Leave The Light On - Bailey Zimmerman

Leave The Light On - Bailey Zimmerman 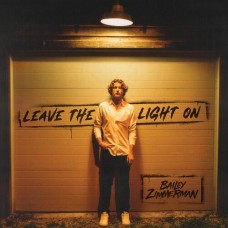 Leave the Light On, the debut mini-album from Warner Music Nashville / Elektra Records breakout country artist Bailey Zimmerman, features the platinum level single Fall in Love, which was the largest country radio debut of the year and the hit smash Rock and A Hard Place, which claimed the distinction of highest first week debut from a new country artist in 2022.

Through his plain, spoken charm, contagious enthusiasm, and genuine portrayal of life on the back roads, the up-and-comer has already attracted a loyal and passionate fan base. With more new music on the horizon, featuring the grit and gravel of his unmistakably Southern drawl, Zimmerman will continue to showcase the straightforward authenticity for which he is known and loved.