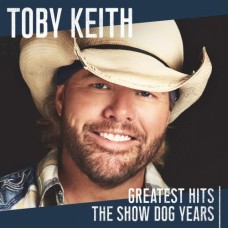 Greatest Hits: The Show Dog Years is a 2019 collection and features four new songs from Toby Keith including Don't Let The Old Man In from the movie The Mule directed by and featuring Clint Eastwood.

Toby Keith is one of the most successful country artists, and artists in general, of all time. He has sold over 40 million albums in the US alone in his career. His successes don't stop there as he has won; 11 ACM Awards, 2 ACA Awards, 3 AMA Awards, 4 Billboard Awards, a People's Choice Award, been inducted into the Songwriter's Hall of Fame, received the NSAI Songwriter of the Decade Award and was the top earning country musician for 2013 and 2014.