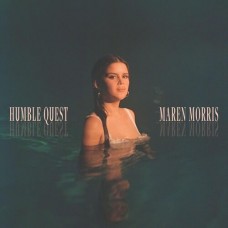 Maren Morris releases her new album, Humble Quest, via Sony Nashville in March. The album features lead single, Circles Around This Town and 10 other songs from the Grammy-winning superstar.

She began writing the songs on Humble Quest at the beginning of the pandemic as a series of major life changes unfolded - new motherhood, an upended career, the death of beloved friend and collaborator Michael Busbee and more, further compounded by the lockdown.

Maren found herself reckoning with humility in ways she’d never imagined, as she thought about how the goal of appearing humble puts artists - especially women - in a box with unrealistic demands to keep them small.

Humble Quest is Morris' first studio album since the release of her 2019 album, Girl.