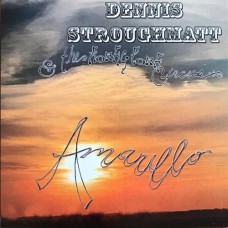 Hidden Away in the Ozarks of southern Illinois, Indiana and Missouri is a music and culture often compared to the Joie de Vivre of Quebec and the Fais Do Do's of Louisiana, but it stands alone, still thriving 300 years in existence.  Led by it's ambassador, The 2015 OldTime Fiddlers Hall of Fame inductee Dennis Stroughmatt, L'Esprit Creole brings you the sights, stories and sounds of The Illinois Country.